Breast cancer is an abnormal proliferation of cells within the breast. It usually involves the ducts (tubes that carry milk to the nipple) and lobules (glands that make milk). It occurs in both men and women, but is rare in men.1

Cancer arises from a complex series of steps involving mutated genes. Each mutation enhances the ability of the cell to grow. This in turn leads to the development of a tumor. The majority of cancers arise as the result of acquired gene mutations, while a small percentage occur from inherited mutations.

The American Cancer Society (ACS) projects 246,660 cases of new breast cancer for 2016. Of that, about 99% are in female patients, and 40,450 will die from their disease.2 Although breast cancer has traditionally been less common in non-industrialized nations, its incidence in these areas is increasing. Industrialization in developing countries is associated with rapid increases in breast cancer risk.3

Screening with mammography with or without clinical breast exam may decrease breast cancer mortality.4 Breast MRI improves detection in those at risk with negative mammography.5

The main stages in progression of breast cancer from normal cells are usually:6

Cancer staging by the American Joint Committee on Cancer TNM system is based on these five factors: location, size, number, lymph node involvement, and metastasis.7

T0: No evidence of primary tumor.

Tis: Carcinoma in situ (DCIS, LCIS, or Paget disease of the nipple with no associated tumor mass)

T4: (includes T4a, T4b, T4c, and T4d): Tumor of any size growing into the chest wall or skin. This includes inflammatory breast cancer.

NX: Nearby lymph nodes cannot be assessed (for example, if they were removed previously).

N0: Cancer has not spread to nearby lymph nodes.

N1: Cancer has spread to 1 to 3 axillary (underarm) lymph node(s), and/or tiny amounts of cancer are found in internal mammary lymph nodes (those near the breast bone) on sentinel lymph node biopsy.

N2: Cancer has spread to 4 to 9 lymph nodes under the arm, or cancer has enlarged the internal mammary lymph nodes (either N2a or N2b, but not both).

N3: Any of the following:

M0: No distant spread is found on x-rays (or other imaging procedures) or by physical exam.

Breast cancer stage grouping (0-IV) is then determined from this information with stage 0 being ductal carcinoma in situ, and stage IV being spread to distant organs or lymph nodes far from the breast. The most common sites of metastasis are the bone, brain, liver, and lung.7

Currently, there are more than 2.8 million breast cancer survivors in the United States.7Many disorders of the upper limb are associated with ipsilateral breast cancer treatment. Cancer survivors are more likely to take sick leave and less likely to be employed than those without a cancer history. Some of the conditions amenable to rehabilitation listed below are thought to be barriers to return to work.8 Although the specific incidence of these conditions is not known, rotator cuff disorders are the most common cause of shoulder pain in the general population. So, it is not surprising that this problem complicates rehabilitation in breast cancer survivors.9 Of note, multiple conditions listed below can coexist in the same patient.

Conditions requiring rehabilitation in the survivorship period include:10

Assess ability to do overhead activities and activities of daily living. Cognitive evaluation should be done if brain metastases are present at time of presentation, or if by history there are any concerns raised. Current exercise practices of the individual patient should be reviewed.

Adverse prognostic factors are axillary node involvement, ER/PR negative and HER-2 neu negative, lymphovascular invasion, and patients who are 35 yrs or less at diagnosis. Although data is limited, concurrent pregnancy is no longer thought to significantly change survival, even in patients with estrogen-receptor positive disease.16

Types of surgery for treatment of breast cancer include breast-conserving surgery and mastectomy. Lumpectomy, partial mastectomy, quadrantectomy, and segmental mastectomy are all types of breast-conserving surgery.7 A sentinel lymph node biopsy is the minimum done to determine if there is node involvement, which affects prognosis as above. An axillary node dissection is a more extensive surgery for patients with known node involvement.

Breast reconstruction can be done along with the surgery to remove the cancer or after the tissue has healed. Delayed reconstruction is typically recommended for patients that need radiation. Timing also depends on individual patient preference. Types of surgery for breast reconstruction after treatment include tissue flaps from native muscle tissue and silicone or saline implants. The most common types of tissue flaps are transverse rectus abdominis muscle flaps, deep inferior epigastric perforator flaps, and latissimus dorsi flaps.7 Since these move muscle tissue that supports the core (either the abdomen or the upper back), muscle function may be affected. Smoking and elevated BMI are thought to be unfavorable factors in predicting satisfaction with reconstruction. Potential complications include capsular fibrosis and implant loss.17

For those that cannot have or do not choose reconstruction, external breast prostheses are an option. They vary in size, shape, and weight are offered commercially at supply stores. Nipple prostheses are also available. Some breast-conserving and even mastectomy may spare the nipple. Nipple loss can be a difficult adjustment for patients, and a tattoo of a nipple may be an option.

Patients should be counseled on weight reduction through exercise, smoking cessation, and abstention from alcohol.

Women with breast cancer should be encouraged to continue as much of their previous personal, professional and social life as possible. They should take advantage of support from friends, family, and community sources, such as www.cancer.org, to ease the psychosocial stress associated with breast cancer and improve treatment effectiveness. Patients should be screened for premorbid psychological disorders and coping skills as these factors can play a more important role in quality of life than cancer-related variables.18 Treatment should be offered for mood and adjustment disorders. Resources should be made available as soon as possible to all patients, especially those at high risk.

Applicable issues include: informed consent, education of family and friends, language barriers, and the patients’ comfort in discussing their diagnosis and treatment. Access to the most up-to-date care is an issue, especially in socioeconomically disadvantaged populations.

Treatment may be a combination of surgery (lumpectomy/mastectomy, sentinel lymph node biopsy, axillary lymph node dissection, reconstruction), chemotherapy, radiation, and hormonal therapy (tamoxifen, aromatase inhibitors).3 Chemotherapy may occur before or after surgery. Radiation typically occurs after resection, but before reconstruction, if possible and desirable as radiation may alter cosmesis.

Rehabilitation management depends on the impairments present (see appropriate modules.). Upper limb neuromuscular and lymphovascular disorders are typically the focus. Although many neuromuscular disorders as listed above are associated with breast cancer, and lymphedema is frequently associated with cancer, not all of these nerve dysfunctions can be attributed to lymphedema. For example, lymphedema is not likely the cause of all carpal tunnel syndrome in breast cancer patients.19

Rehabilitation should begin early in order to maximize and maintain function and quality of life. Physical impairment from breast cancer and its treatments can arise at any stage of the disease. Accurate assessment of pain and functional disorders are key to ensuring safe and effective rehabilitation, regardless of where along the cancer continuum the patient is at a given time. It is as important for performance of activities of daily living to accurately diagnose and treat a rotator cuff tendonitis in a patient in the final months of life as it is for one who recently finished primary treatment. Lymphedema is a common impairment seen in breast cancer patients after treatment, and can be managed with manual decompression therapy and compression garments. Lymphedema management is covered in another article in Knowledge Now, as are impairments from metastatic disease:

At diagnosis, prehabilitation exercises can be offered to prevent postoperative shoulder dysfunction.20 Scapular stabilization exercises are particularly helpful in this population, and can be performed both before surgery and after drains have been removed.21 During chemotherapy or radiation, aerobic exercise can be helpful to combat fatigue and decreased endurance. During survivorship, patients may have more energy to focus on formal rehabilitation. Supportive care should be offered for painful conditions to maximize function. Rehabilitation and pain control also play a significant role in the palliative care patient. Evidence is increasing for the use of exercise to improve bone density not only in patients with local cancer under control, but also in patients with active disease metastatic to bone.22

This should focus on:

There is considerable high-level evidence that exercise improves multiple spheres of function and quality of life in breast cancer patients, both during treatment with chemotherapy, surgery, and/or radiation, and after. Exercise was considered safe and demonstrated improved aerobic fitness, muscular strength, body size and composition, fatigue, anxiety, and quality of life during breast cancer treatment. After treatment, positive effects of exercise have been demonstrated to safely improve aerobic fitness, muscular strength, body size and composition, flexibility, fatigue, physical function, depression and anxiety, body image, quality of life, pain, range of motion, and other symptoms.23,24 Exercise is a safe and effective modality that should be incorporated where possible into the plan of care for breast cancer patients and survivors. Lymphedema should be treated with manual decompression therapy by a certified rehabilitation professional.23

Further study on the appropriate timing and dose of exercise for treatment of neuromuscular and lumphovascular disorders should be executed. Human data is needed to determine the effect of exercise on bone density in breast cancer patients with pathologic fracture. The role of cytokines and human growth factors in the growth and treatment of breast cancer as well as the healing of musculoskeletal tissues after breast cancer treatment should be explored further. For example, increased IGF-1 may be associated with poorer outcome in breast cancer patients, but improved bone density and muscle strength in breast cancer survivors. Since IGF-1 may be the mechanism by which platelet rich plasma is effective in tendinopathy treatment, further exploration of regenerative therapies may prove interesting. 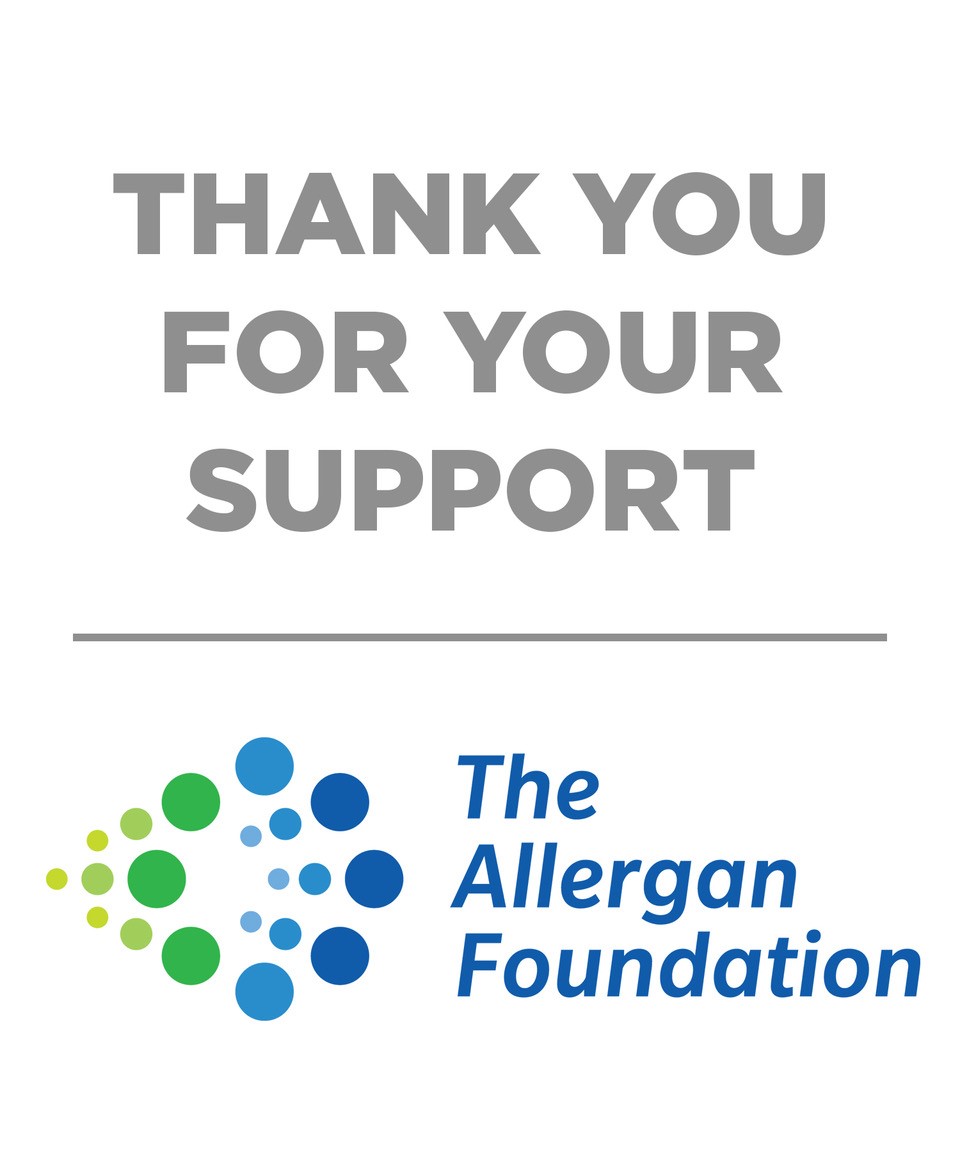